………………..Picture how you would reshape this “possibility story” for your group & cycling community:
based on the dynamics of greenchurch, a similar gathering but for non-riders, which has been meeting in a middle-class suburban parking lot and touching lives for over a decade…read articles 5 & 7 of their story at www.greenchurch.info

+As Kyle turned into the parking-lot on his bike he saw Jon & Kara unloading their own rides…always there early to help him. This twenty-something couple had been in church a lot as children, and now God had made them hungry to find those spiritual roots again. They always tried to ride together on weekends since schedules were so hectic during the week…and, until recently, they just hadn’t bothered to make time for church at all.

+ But a few months ago Kyle mentioned to them and a few other friends that he had been thinking deeply (praying of course) about starting a faith gathering for cyclists…nothing too long or formal, but a group that was sincere about loving God, and loving people.

+ He wanted to have a weekly “meet up” where they could share not only their passion for riding, but also their ups-and-downs during the week, their on-going journey with Christ, and their desire to make a difference for struggling people in the world. Jon & Kara liked what he was doing… it seemed like God had prepared their hearts to pitch in and help with this little “cyclist church” that had started gathering near their favorite route.

+While they started putting out bottled water Kyle was texting a couple of regular riders. Four first year school teachers, some weekend trail friends, a hardcore race guy, a new-to-MTB pair and their neighbors, and three college students were soon leaning against Jon & Kara’s car or their own bikes while they compared energy drinks and told about riding mishaps. Most had actually started coming to the gathering through some connection with Jon…the most avid rider of the whole bunch. Each person had filtered into the group over a period of weeks…coming initially out of part curiosity/part heart-hunger…and they all found something meaningful there.

+Kyle waited until a late rider got settled then he asked the usual question:
“Okay everybody…where have you seen God at work this week”?
There were a few short answers about nature, children, and private devotion times, then the” hardcore” guy, often kind of quiet, opened up about his current job pressures and how a Bible verse had given him deep peace as he was preparing for a difficult staff meeting…he got emotional about how God had spoken directly to him through that specific scripture. Everybody got quite…a bit in awe of how God works so precisely in our lives…it felt like worship. Jon stopped the dialogue and led a prayer of thanks right then.

+Kara handed out a business sized card to everyone with a single Bible verse printed on it. She offered to make these each week so riders could carry a Bible truth with them all week long. Kyle asked if someone would read the verse and share what it said to them personally about God, Self, Others, or Life. And then he stayed quiet for a few minutes. A teacher spoke…then the new couple….then Kyle…and for 15 minutes they were all answering back and forth about what God was saying to them through that single verse. Very engaging, until Kyle finally wrapped things up with the challenge to truly live by this verse during the coming work week.

+Before everyone climbed on their bikes one of the school teachers, a coach, gave a quick update on the group “shoes for kids” project that was scheduled for the week before school started. Ten pairs had been collected and the teachers would be delivering them to struggling families in three weeks….still time to bring a pair if anyone wanted to help some kids feel good about themselves on the first day of school!

+Yeah, it seemed a lot like a Romans 16:3-5 church to everybody there!
All the adults admitted that they wouldn’t miss this simple little gathering. It encouraged them personally, but it also gave them a means of helping others, in Christ’s Name. The group was always praying for or doing something for someone!
………………………………….Need more info on how to begin this yourself…contact moosejaw@joimail.com
www.everywherechurch.com 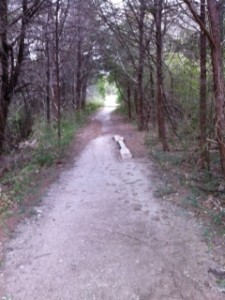